GEORGE DAVID BIRKHOFF was born at Overisel, Michigan, on the twenty-first of March, 1884. His ancestry was Dutch on both sides. His father, David Birkhoff, came from
Holland in 1870, and during George David’s growing years was a physician in Chicago. Birkhoff studied at the Lewis Institute, Chicago, from 1896 to 1902, and at the University
of Chicago for a year. After this he went to Harvard, where he received the Bachelor’s degree in 1905. 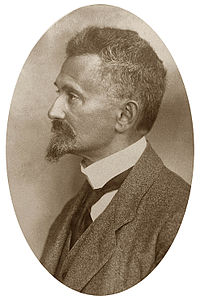