Peter Seibert (for his 81th birthday)

Peter Seibert was born on the 13th of April, 1927 in Munich, Bavaria (Germany). Living in England from the age of ¯ve to ten, he learned to read and write simultaneously in English and German. In 1950 he received a Doctor of Science degree from the University of Munich, with a major in mathematics and minors in physics and philosophy.

Among his academic teachers were C. Carathéodory, E. Hopf, O. Perron; his thesis was written under R. König (former student of D. Hilbert).

He held academic and research positions in the United States, Mexico, Chile and Venezuela. Since 1987 he is a professor at the Autonomous Metropolitan University of México.

Seibert first specialized in complex function theory, with emphasis on Riemann surfaces. Among other results, he solved a problem posed in 1931 by S. Mazurkiewicz, giving the first known example of a Riemann surface with two-dimensional boundary [Proc. Nat. Ac. Sci. USA 45(1959)].

Soon he turned to the theory of dynamical systems, working above all on problems related to stability. Together with J. André, Seibert developed the first precise mathematical theory of discontinuous control systems [Archiv d. Math. 7(1956)]. The concept of robustness (though not the term) also first appeared in this context [Proc. 1st Int. Congr. IFAC (Moscow) 1960].

Using a new type of argument, involving induction, he gave the first (and still most general) proof of persistence of asymptotic stability under perturbations [Proc. Int. Symp. (Colorado Springs),1961]. This result later served as a basis for a more general theory of Hopf-type bifurcations (see below).

In joint work with J. Auslander, he developed a theory of stability in dynamical systems which combined the (Poincaré) Ura theory of prolongations with the classical theory of A.M. Lyapunov [Ann. Inst. Fourier
(Grenoble)14 (1964)]. Together with P. Tulley, he gave the first complete purely topological proof of the classical Poincaré-Bendixson theorem on dynamical systems in the plane [Archiv d. Math.18(1967)]. He also provided a necessary and suficient condition for stability under persistent perturbations, complementing earlier work on the subject by I.G. Malkin and others [Acta Mex. Sci. Tech.2 (1968)].

Partially in collaboration with his doctoral student P.M. Salzberg and G. Dankert, Seibert established an abstract theory of Lyapunov stability culminating in a necessary and suficient condition for the existence of a (generalized) Lyapunov function, in the presence of an attractor [Nonlin. Phenom. in Math. Sci., Acad. Pr., 1982].

In response to a problem proposed by J.S. Florio, Seibert invented a method for reducing the stability problem of a composed system to the correponding problem for the subsystems, using a threshold principle. In contrast with earlier contributions to the problem, Seibert's method does not depend on the linear part of the system in question and therefore yields global as well as local results. This enabled Seibert and his coworkers to give the first proof of global asymptotic stability of a system of partial differential equations using a reduction principle [Annali Mat. pura appl. (IV) 168 (1995); Bol. Soc. Mat. Mexicana (3) 3 (1997)].
These results have had important applications in control theory, where the stabilization of nonlinear systems is concerned.

Finally, P. Seibert, together with his collaborators and students, developed two theories of bifurcation in dynamical systems, thus generalizing the classical (Poincaré-Andronov-)Hopf bifurcation. One of these covers bifurcations arising from stable equilibria (or invariant sets), while the other considers bifurcations of unstable equilibria such as saddle points (or sets). The first of these extends results of F. Marchetti et al., the second had not been studied systematically before. The principal point is the observation that bifurcation does not depend on the spectrum of the linear part of the system, as was previously believed, but rather on very general dynamical persistence principles of a topological nature. [For a summary of all these results see Univ. Jagellon. Acta Math. 36 (1998).]

In the research of Seibert's later years, the collaboration with the functional analyst J.H Arredondo has been particularly fruitful.

Seibert also contributed to modern mathematical conceptualization and notation, extending Bourbaki's filters to quasifilters, introducing a dual concept to the fineness" relation between (quasi-)filters in the form of "domination" (for the formalization of boundedness properties) and introducing a notation for both, thus  saving quantifiers. (In a recent Russian paper, "general systems in the sense of Seibert" and quasifilters
appear already in the summary, and his notation is used.)

A common trait of all of Seibert's work is a tendency to uncover the hidden principles underlying the  mathematical theories. His principal message is that, after the almost exclusive dominance of calculus and
its ramifications in mathematics for three centuries, other points of view should also be considered; in particular, he shows how much can be done in the way of abstract theories that use only elementary topology of metric spaces, but which nevertheless are applicable to concrete problems where conventional methods fail.

Seibert's mathematical papers have appeared in journals of 11 countries and in five languages, to which can be added a chapter in a book dedicated to the memory of L. Euler, co-authored with his former student
L.Aguirre. His work has been cited by more than a hundred authors.

The impact of Seibert's mathematics has always been strong in Russia, particularly on the Moscow control school, and other East European countries, followed by Italy. Most recently, its in°uence has extended to
China (study of prolongational limit sets, introduced by Seibert).

Apart from his work in mathematics, P.Seibert concerned himself with two aspects of linguistics:

2. Development of a phonemostatitical method for the comparison of languages. With this he was able to confirm the strong affinity between two Polynesian languages of areas which are geographically
far apart: Maori and Rapa Nui. (This had been observed previously by J. Macmillan Brown, in The Riddle of the Pacific, 1924.)

Beside his scientific activities, P. Seibert has dedicated himself, among other things, to alpinism, photography, photo-composition, and more recently, to coloured drawings using a technique of his own invention which has drawn the attention of professional artists. His artistic work has been shown in various exhibitions, including one at the National Museum of Popular Cultures of Mexico. 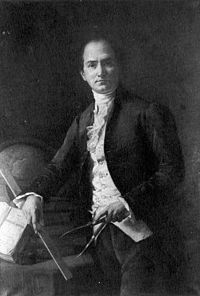